RFSoC 2x2 board features and interfaces

There are BALUNs between the SMA connectors and the Zynq RFSoC on the board, which means that antenna and external signal sources can be connected directly to the board. 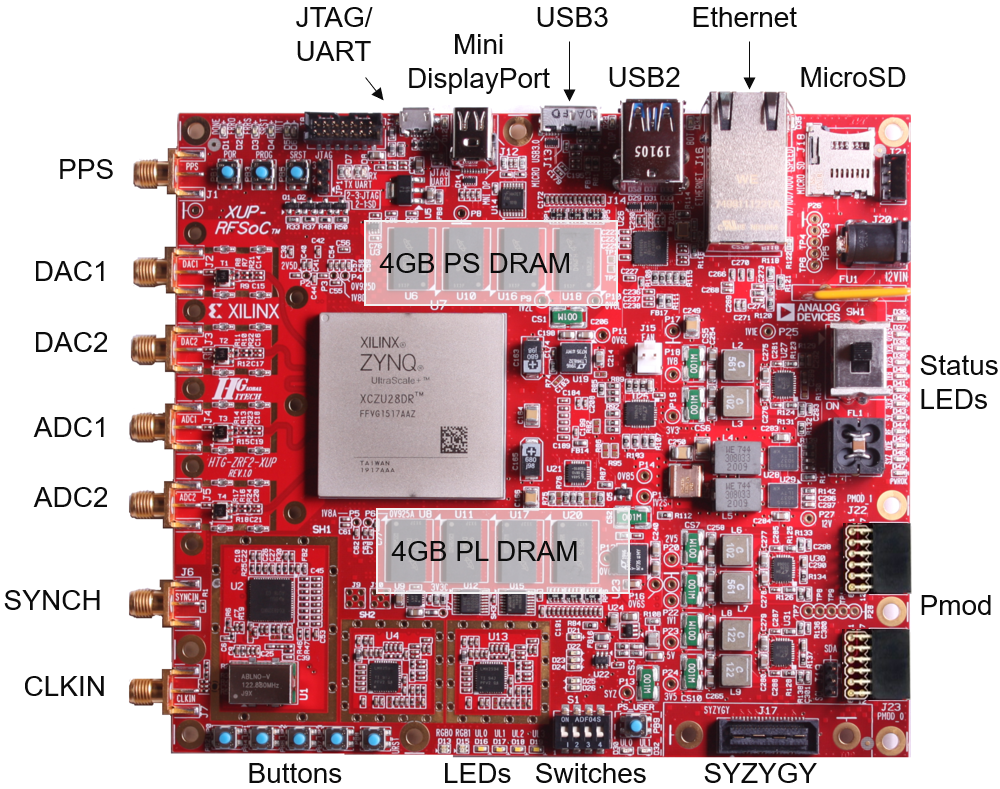